Today, I attended Me to We. And there, I found something I had lost. I found my empathy. For so long I felt apathetic to the world around me, because it didn't affect me, it didn't concern me. That's the way I felt. But today, I realized, that is not true. That little girl dying from starvation in East Africa, could be me. Therefore, I refuse to be apathetic.

During the course of the show I had an epiphany. This summer, I will be visiting relatives in Pakistan with my family. And, as Pakistan happens to be a third world country, with only a 70% literacy rate in urban areas and a 50% literacy rate in rural areas, why not try and make a change during my stay? I then realized that basic charity work would not do any help. Giving some money and food won't last forever. I am only going to be there for two months after all. And also, that charity will only help a very small amount of people.

So, my realization: when I go to Pakistan, I need to raise awareness. I need to make my cousins, their friends, and their classmates realize that they have the power to change their life for the better. That starting even one small club in their school, just one social justice club, can cause a gigantic difference. It will cause, as said by Craig Kielburger, a ripple effect.

The club will start doing events. They will raise awareness in the community. Students from other schools will hear of this and make their own club. More awareness will be raised. Questions will be asked, action will be taken, and eventually, some day, those children who started those clubs will rise up against Pakistan's corrupt government. They will fight for their rights. And they will not stand down. Because they know what they deserve. They know that they can cause change.

...but...even though I realized all this...I'm not sure this is possible. What can I do? How can I convince a bunch of children and teenagers I barely know about my cause, when I can't even get my own family to take me seriously? My mother thinks me ignorant, and my father...I honestly don't ever have any idea on what he thinks. What I do know, is that they do not support me. They do not take me serious enough to even tell me it's impossible. To them, I am only a child. And I am! I am a child! But so are all those kids in Pakistan. In the world. 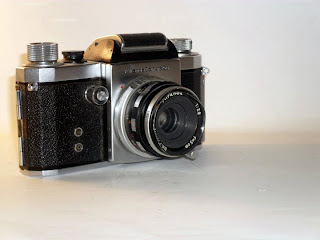 Once upon a time thins would be a camera I want. But that has changed ever since I saw this: 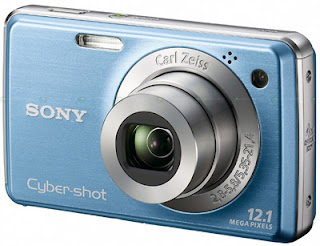 ...But then I learned about a little something called DSL: 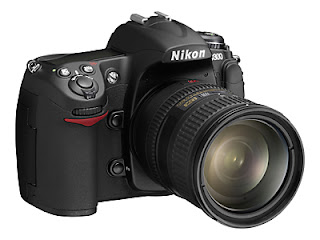 And obviously that is the reason why I can only spend a maximum of 10 dollars a month as to save up about $530 by Boxing Day in December.
Posted by The Poet at 19:58 No comments:

Email ThisBlogThis!Share to TwitterShare to FacebookShare to Pinterest
'Cause we live in our hopes
and we die in our dreams.
Life is all that
which we sew into seams.
~~~~~~~~~~~~~~~~~~~~~~~~~~~
That up there was originally a song...I might as well mention that the majority of my poems start as songs. I sing a verse, and then sing the rest. I write them down and end up rearranging the whole thing because it just doesn't sound good when read instead of sung. ... Also...I beleive I am becoming slightly depressed...this should be messy.﻿
Posted by The Poet at 19:51 No comments:

Death is what keeps me going.
Death is
what takes me further.

Life is
a mean to an end.
Life is
a thing to endure.

Watch the Devil, For the Devil Creeps

Angel breathing down my soul,
watch the devil, for the devil creeps.
Closer, closer, come closer still,
or Death may steal me to Hell itself.

Father's blade is stained with blood
from the newborn babe that failed to cry
and gain the blessings of Heaven's reach.
Alack! I give thee a sacrifice!

Homage be given to the man who dies in vain
attempt to thwart Master Satan's hourglass.
Now, permission to thee for laughter and smiles.
Watch blood flee from Life's insane mind.

Darkness is hope for the beasts of past
whom worship the Light and beg the Lord
to do no harm to Mother, most dear, and
watch the devil, for the devil creeps.
Posted by The Poet at 19:38 No comments:

The Oxymorons of My Life

I'm constantly going through these contradictions, sometimes I'll feel both happy and unhappy at the same time. I realize it depends on the situation I am in, and all that...but on a whole, I am bored.

I know (hope) that there is something better out there for me. Something worth living for. But, right now, I am only surviving. Not living.

Living would mean that I have a goal in mind, a dream I want to acheive. That I have my own purpose in life. Right now, my only goal is getting into the Science department of a university and going to heaven. Both goals aren't my own. They are necessary, I need them to survive in this life (and the afterlife).

For a while I thought that my goal, my dream was writing. I wanted to write. To let the world read all my thoughts and statements! ... but I no longer feel the same. I still enjoy writing, that hasn't changed. I just...can't find it in myself to put all my passion and love into this art anymore. It's just become another thing I do that I'm good at. That's it.

Then there was anime and manga. For a while I thought I was passionate about this form of entertainment. That I put all those hours into it because it taught me about life, people and various social and theoretical situations...now I realize: it was just entertainment. Something to pass the time with. Enjoyable. But a waste of time.

Quite recently I came across the MBTI test, and learned about the various personality types. I was (and still am) interested in this. I have joined a forum, I've read articles, I've spent hours self evaluating myself. And from those self evaluations I know that this interest isn't going to last long either. I'll stop feeling passion about it as soon as I think that, that is all there is to it. There is nothing more to gain, or at least nothing important left to gain. Then where will I be at?

When will I finally find something that I will love? Something that will I find interesting, entertaining, thought provoking and personal? I know that no one but myself can answer these questions...but it's still nice to let it out.
Posted by The Poet at 02:06 No comments:

Email ThisBlogThis!Share to TwitterShare to FacebookShare to Pinterest
Labels: boredom, life, self

My "name" is The Poet, so poetry I shall write!

I can't stand the wait,
my mind is begging me
to stop and move my thoughts
to a place of jubilance.

Of sunshine and hummingbirds
hovering in a sky or red
blood from the sunset,
the day is coming to an end.

Life turns to death
and death turns to immortality
in my mind; the day
will never come to an end.

I'd wait for an enternity
to find tha thappy place
of sunshine and hummingbirds but
I can't stand the wait.
Posted by The Poet at 14:34 No comments:

The First of the Many Ramblings.

Let me begin this post by saying that I am happy, relieved and anxiety free. There are many reasons for this change and the main one would have to be; I finally managed to make the title banner for this blog perfect. (Or as perfect as humanity's perfection gets.)

I will now continue this post by saying; for some reason the about me widget isn't working. So, I'll give you (if you are even there) a brief outline of my self, myself.

I am female. I am fifteen (going on sixteen in December). I am entering grade eleven. I am Canadian. I am Muslim. I am Pakistani. I am INTP. I am odd. I am unoriginal. I am unique. I am normal. I am human. I am alien. I am me.

...that makes sense, doesn't it? Oh, I forgot to mention, you may all call me The Poet (though if you scroll down to the attributions you'll notice that my first name's written there.).

And voila! There you have it. The life of The Poet. Isn't it absolutely fascinating? Yes? No? Maybe? (I honestly couldn't care that much for you opinion.)

Email ThisBlogThis!Share to TwitterShare to FacebookShare to Pinterest
Labels: about me, FIrst
Home
Subscribe to: Posts (Atom)

The Poet
Some not-so-little town by Vancouver, British Columbia, Canada
I blog, I read, I write, I draw, I paint, I photograph, I sleep, I talk, I think, I dream, I daydream, I fall, I trip, I slip, I laugh, I cry (sometimes), I feel contempt for the majority of humanity.